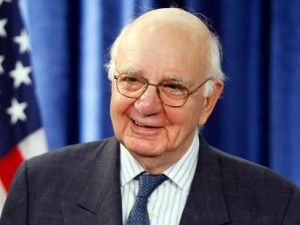 Volcker on Lehman, the Fed’s increased power and Dodd Frank

Former Federal Reserve Chairman Paul Volcker told Impact Players host Robert Wolf that the Fed emerged from the financial crisis with stronger powers and that he had concerns the Fed went to the edge of its legal authority. Volcker also contends the U.S. is the best point of hope for the world economy.