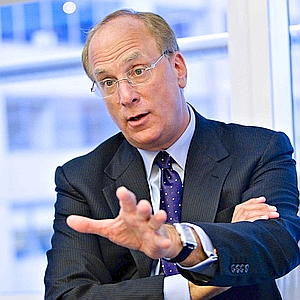 Larry Fink, BlackRock CEO, says Washington will come up with a solution to the fiscal cliff, which will spur the economy and stocks. Fink also says he’d listen if the president asked him to become Treasury secretary.